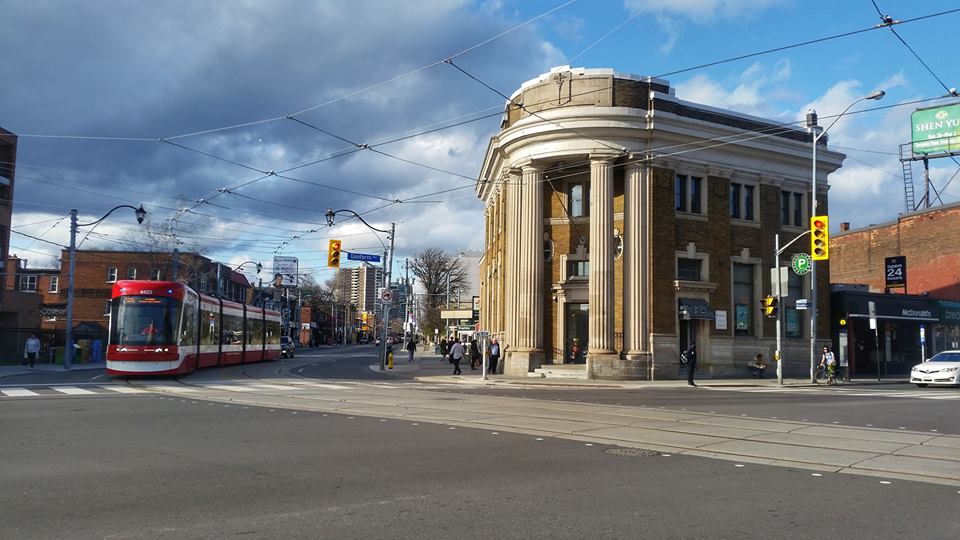 Toronto’s East End is made up of several neighbourhood including Danforth Village, Riverdale/Greek town, Leslieville, Riverside & The Beach. The East End is the most easterly portion of the old city of Toronto before it amalgamated with its immediate suburbs in 1998.

The Beach (also known as The Beaches) is a long, established neighborhood that once served as a beachside getaway for residents throughout Toronto. It’s now a vibrant, tourist-friendly neighbourhood known for families, dog-lovers and sun-worshipers. Locals and visitors alike enjoy the kilometers of lakeside boardwalks, sand, shops and restaurants. It offers a variety of house styles – from small cottages to large detached Edwardian homes. One of the neighbourhood’s most popular attractions is “The Beaches Jazz Festival”, where more than one million attendees line Queen Street and fill Woodbine Park to watch free, live music.

Riverdale/Greek Town Riverdale was officially established in 1884 and is just east of the downtown core. The majority of Riverdale is centered around The Danforth or Greek Town, named for the high concentration of Greek restaurants, culture and residents. The Danforth’s vibrant community offers countless shops and features one of the city’s best festivals every August – “The Taste of the Danforth.” The residential landscape of Riverdale is made up of primarily Victorian and Edwardian style homes. Much of the area has high residential property value as it’s gentrified over the years and expanded from its original working class roots. You’ll now find an eclectic mix of residents, beautiful parks, fantastic schools and some of the prettiest tree-lined streets in Toronto.

Leslieville is one of the East-end neighbourhoods that has undergone a complete transformation in the last 20 years. Its roots date back to the 1850s when the area was formed around George Leslie, who owned several nurseries in the district. Today, it’s a family-friendly neighbourhood that was recently hailed by the NY Times as the next Williamsburg. Its coffee shops, restaurants and indie shops serve as a background for numerous film and TV productions. While it was once known for its booze-cans, cheap diners and tacky furniture shops, it has now become one of the hippest neighbourhoods in the city.

Riverside is a relatively small village that borders the Don River to the west – and often shares its “community” with Leslieville – as the lines between the two have blurred in recent years. But Riverside has its own unique history and features some of Toronto’s most beautiful century buildings and funkiest condo/lofts. The Riverside of today offers a number of independent art shops and galleries, restaurants and eclectic stores along Queen Street E. Some notable neighbourhood landmarks include the new Broadview Hotel, The Opera House and Jimmy Simpson Park. The neighbourhood was made particularly popular because of the CBC series DeGrassi – which was filmed on one of Riverside’s most beautiful and famous streets of the same name.

Danforth Village/East End
The Eastern part of The Danforth is also known as Danforth Village and runs from Greenwood to Victoria Park Avenue, which is the border of Scarborough. This neighbourhood has seen a huge transformation in recent years as Toronto residents began to appreciate the lower cost of housing as well as the accessibility to the subway line. Today you’ll find the Danforth itself, between Woodbine and Greenwood, under a great deal of improvement. New restaurants and shops are popping up weekly and it’s given new life the neighbourhood.

To find out more about Toronto East End or other neighborhoods in the city, contact me and I would be happy to provide you with sales by neighborhood. It’s a smart way to stay on top of the game