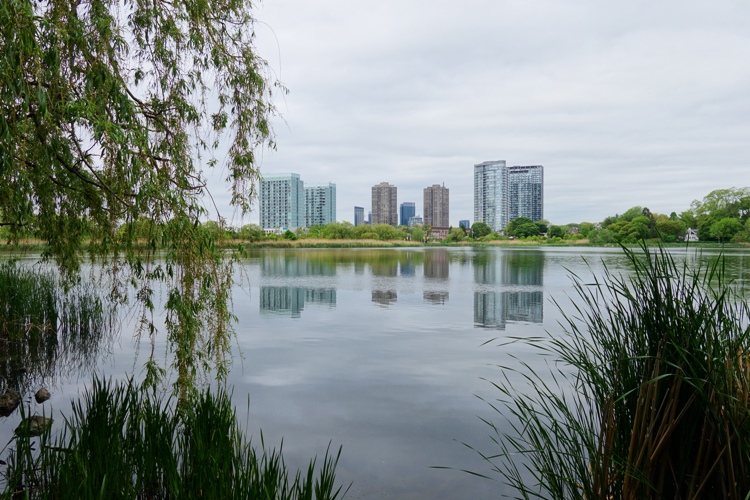 High Park is one of the most beloved neighbourhoods in Toronto and not only because of the park itself, which is a major factor, but because of its charm, shopping, beautiful streets and proximity to downtown.

Once known primarily as the center of the city’s Polish community, Roncesvalles is now home to a more diverse range of residents enjoying the eclectic community of restaurants, cafes, and shops along its namesake street.

From Bloor West Village to Swansea Village, it has a unique vibe, and the beauty of High Park makes it even better. The whole area manifests a laid- back quality that draws everyone into its web. With loads of cafes and green space, you can easily lose a whole day people watching. But the park remains central to this neighbourhood, drawing the community together with the blooming of the cherry blossoms in the spring, Shakespeare in the park in the summer, and the charm of the High Park Zoo.

If you fancy a bit of shopping, Bloor Street has a multitude of boutiques, bakeries and food markets, or you can pop over to the amazing restaurants along?Roncesvalles?and enjoy the waterfront access in?Parkdale.

High Park is known as a great place to raise children with several top elementary and high schools in the neighbourhood.

High Park's distinctive brick homes feature a variety of architectural details that vary from house to house, such as leaded and stained-glass windows, lush wood trims, French doors, hardwood floors and fireplaces. A selection of condo buildings along Quebec Avenue, north of Bloor Street, include balconies, some of which feature south views that overlook High Park and Lake Ontario.

Living in a High Park means you will enjoy great transit convenience, with the subway along Bloor, giving you easy access to anywhere in the city. It is also very convenient to the major highways such as the Gardiner and Lake Shore Blvd.

To find out more about High Park - Swansea or other areas, contact me and I would be happy to provide you with sales by neighborhood. It’s a smart way to stay on top of the game.